Deserted Russian elite soldier: “Most of it is a lie” He already had his doubts, but it took just over a week in Ukraine for elite soldier Pavel Filatiev to understand that Russia had not been attacked by NATO.

– Only then did I realize that the war was about Russia and Ukraine, even though our leadership said that NATO’s mercenaries were ahead of us.

34-year-old Pavel Filatiev is one of the few Russian soldiers who has openly talked about his experiences from the war in Ukraine. When SVT reaches him, he is sitting in a cafe in Paris.

According to his own statement, he fought in Ukraine for two months and, among other things, was involved in occupying the city of Kherson, until he was hit by shrapnel in the eye and was evacuated. He requested leave and published his diary from the war – a critical account that has now become a book with the title “ZOV”.

He then fled to France and sought asylum. At the airport he tore up his passport.

– I realized that I had to do something. Especially as I have long understood that our leadership drives us all to the bottom. I did not want to be used as an occupier or to be used in a political game.

“Most things are lies”

Pavel Filatiev is critical of President Vladimir Putin and the corruption he says permeates most of society. Yet he calls himself a patriot.

– When I see Russian media and propaganda about professional soldiers who allegedly went there for ideological reasons, I see that most of it is a lie. The vast majority have simply found themselves in a situation that they cannot get out of.

But Pavel Filatiev has also been criticized and questioned.

– Ukrainian activists are furious that he was treated as a hero or truth teller. This is a man who has been involved in two bloody wars and now he wants to make money, says Stefan Ingvarsson, former cultural councilor in Moscow.

Nor has any media been able to verify that everything he writes in his diary is true.

“Does not correspond to reality”

Since Russia’s mobilization last September, conscripts have testified about poor preparation and lack of equipment. Pavel Filatiev confirms that picture.

– They give an image that does not correspond to reality. The only thing we did not lack was ammunition. There were huge amounts of ammunition. But there was a lack of people with education. On paper we were 100. In reality we were 50.

What role can Russian defectors and deserters from the war play and should we accept them? See The Foreign Office: Putin’s meat grinder on SVT Play from 8 p.m.

PREV Motorola introduces the Moto G23, Moto G53 and G73 phones
NEXT The US quintuples the production of ammunition for Ukraine 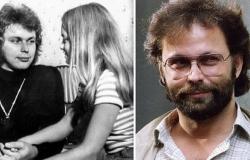